Wedding at The Indiana Roof Ballroom in Downtown Indy

Maria Sasso and Garrett Chinni were married on February 12, 2022 in Indianapolis, at St. Luke Catholic Church, followed by a reception attended by 300 people at the Indiana Roof Ballroom. They first met in 2015, when they were both 19 years old; five years later, Garrett proposed in Brown County, Indiana.

The couple were thrilled to be married in the church in which Maria had grown up, and they describe their reception at the Indiana Roof Ballroom as “the best party either of us have ever witnessed, the best day of our lives.” 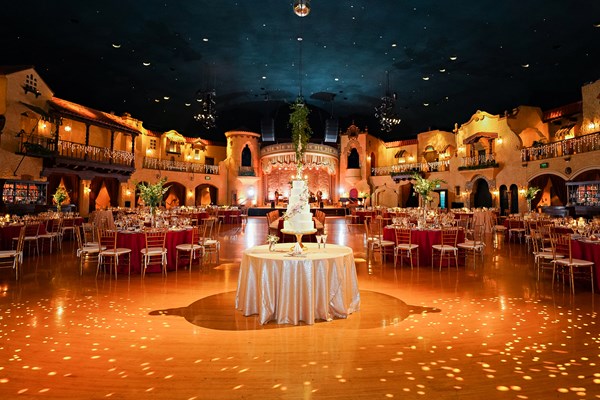 Wedding favors were jars of jam from a farm that Maria worked on in Peoria, Illinois. The lively band Charlie’s Pocket kept everyone dancing throughout the evening. “They brought so much energy into the already magical space,” says Maria.

A special touch at the reception was a mural created by family friend Molly Evans that featured wedding photos of all of their family and friends. Says Maria, “Not only was it a great backdrop for photos, but it was also a beautiful visual reminder of all the love we’re surrounded with in our lives.” 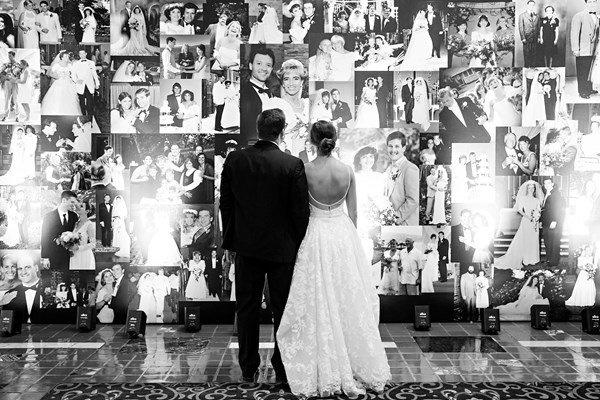 More Photos from Sasso Chinni Wedding at The Indiana Roof 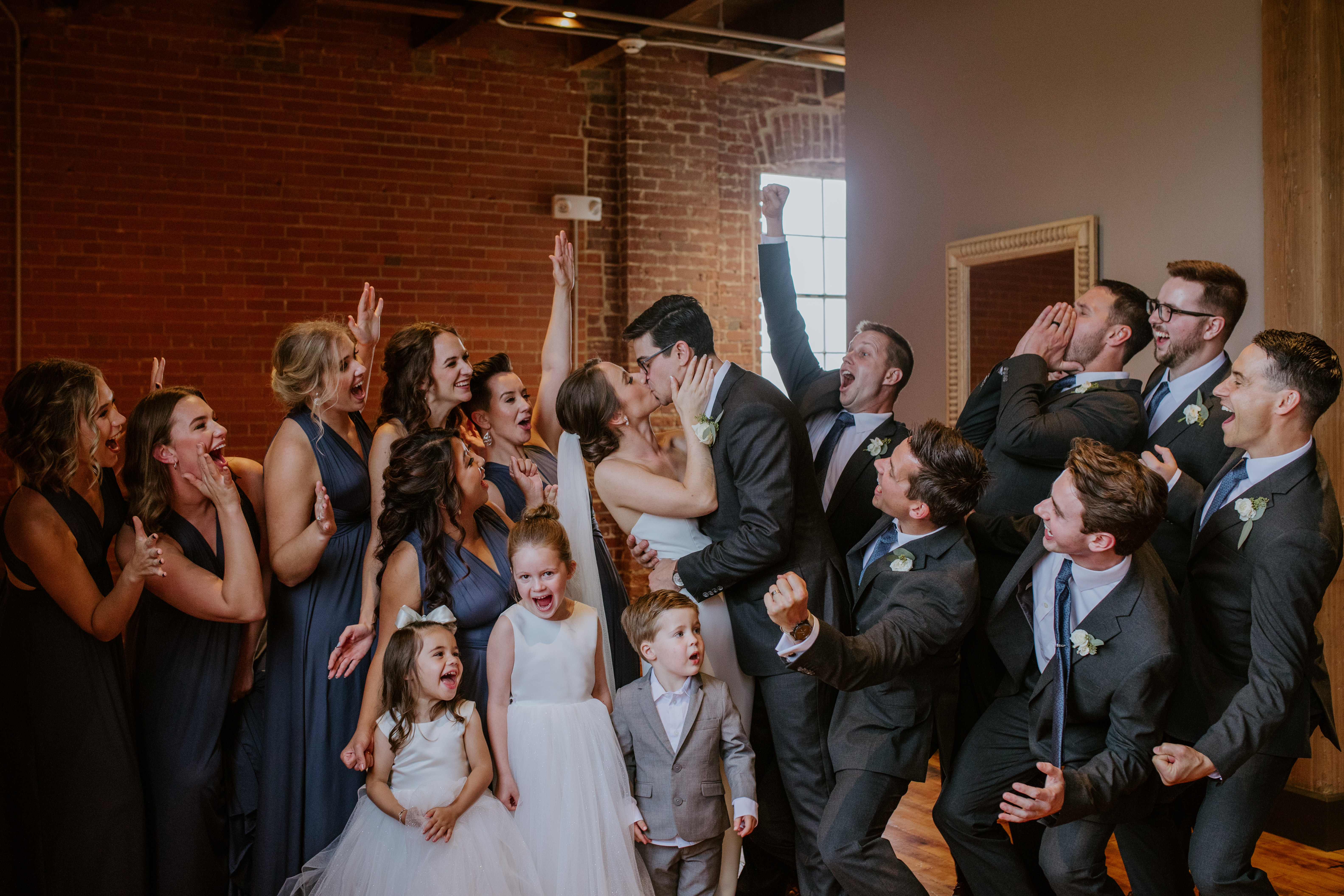 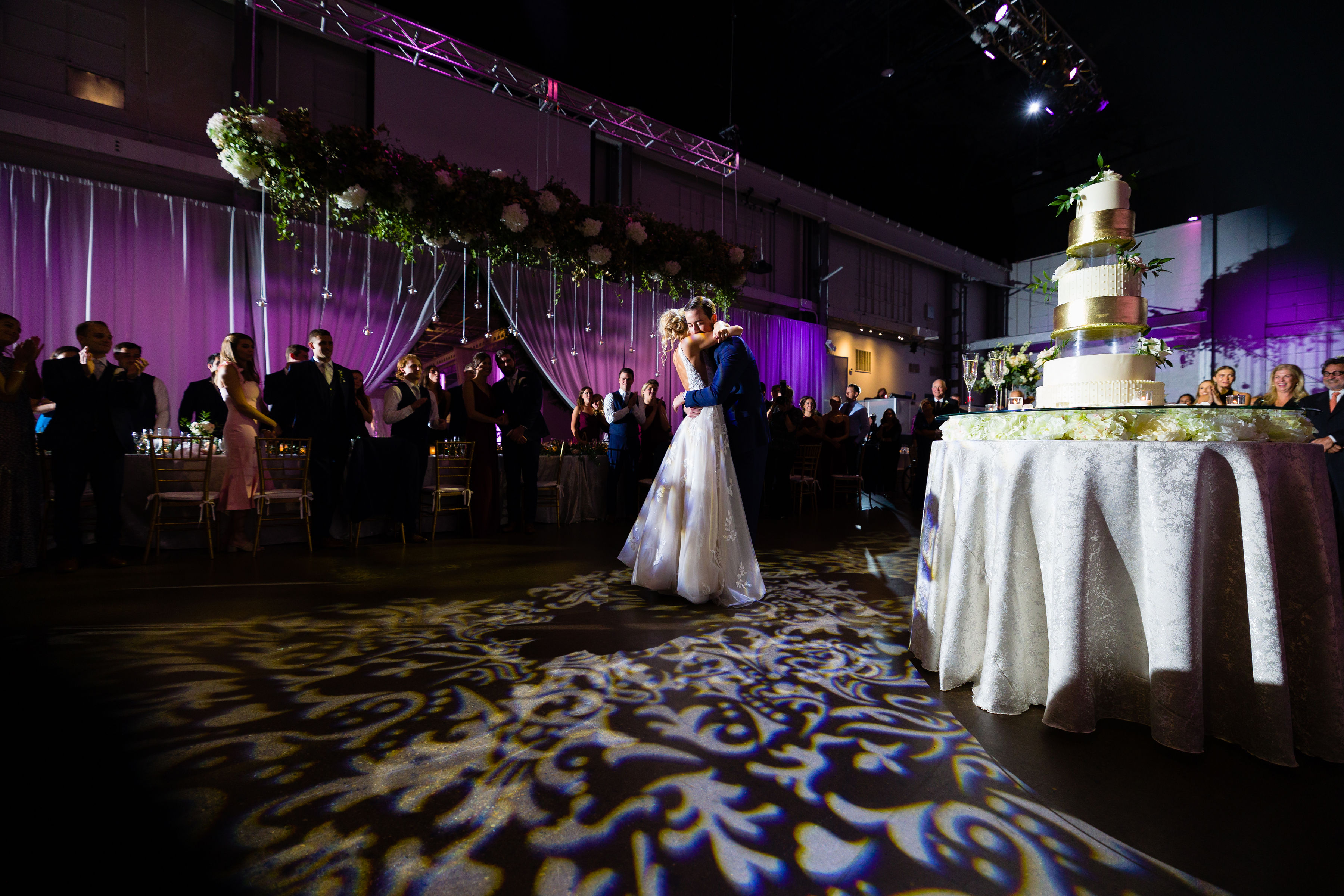